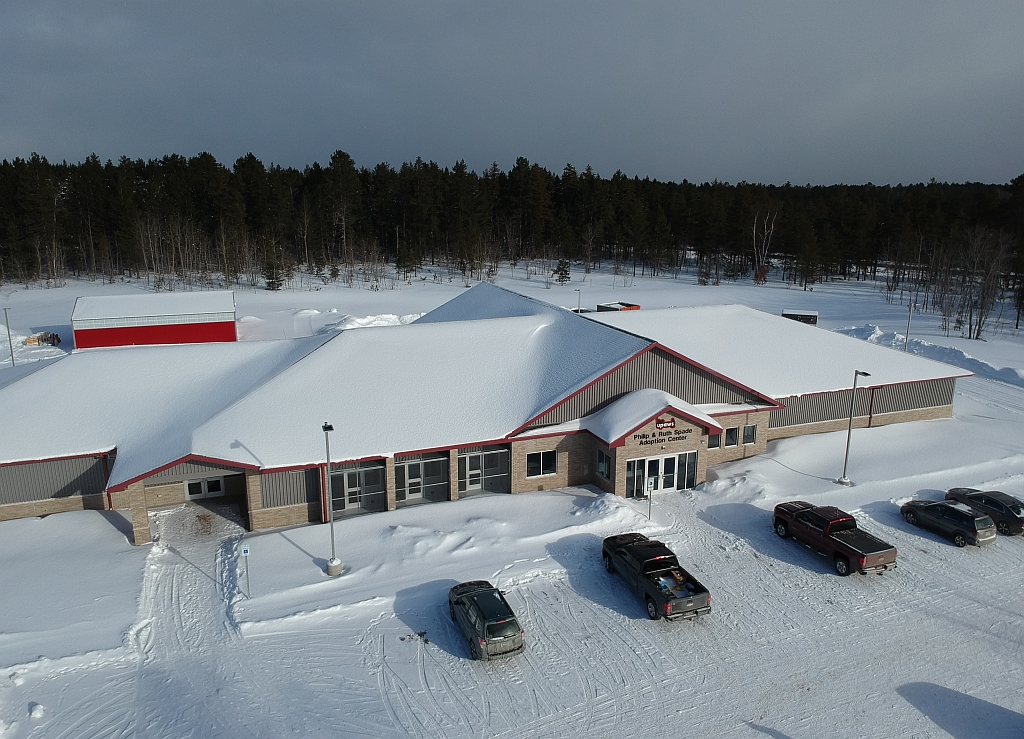 Marquette, MI – January 18, 2019 – It was a big day for Marquette County’s Upper Peninsula Animal Welfare Shelter and Marq-Tran got to be apart of it! 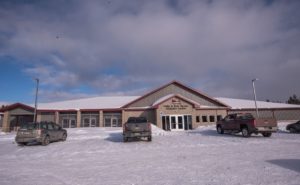 Today, after 40 years at their location in Negaunee off US-41, our local animal shelter made the move to their brand new facility in Sands Township. Marq-Tran donated the use of a bus to help UPAWS staff move the animals in one easy trip! Driver Dave Mahan donated his morning to help load the vehicle with all of the cats from UPAWS and transport them to the new location while the staff took the four or five dogs individually. In total, 20 to 25 animals, including two guinea pigs, made their way to their new “home” today, where they will stay until they find their forever homes.

“It’s just another one of the great things Marq-Tran gets to do for our community.” Dave Mahan, Driver for Marquette County Transit Authority

Prior to the move, UPAWS hosted a “Moving Adoption Sale” sponsored by MI Internet Company that allowed the shelter to reduce the number of animals they needed to transport, while still finding the animals approved, loving forever homes. 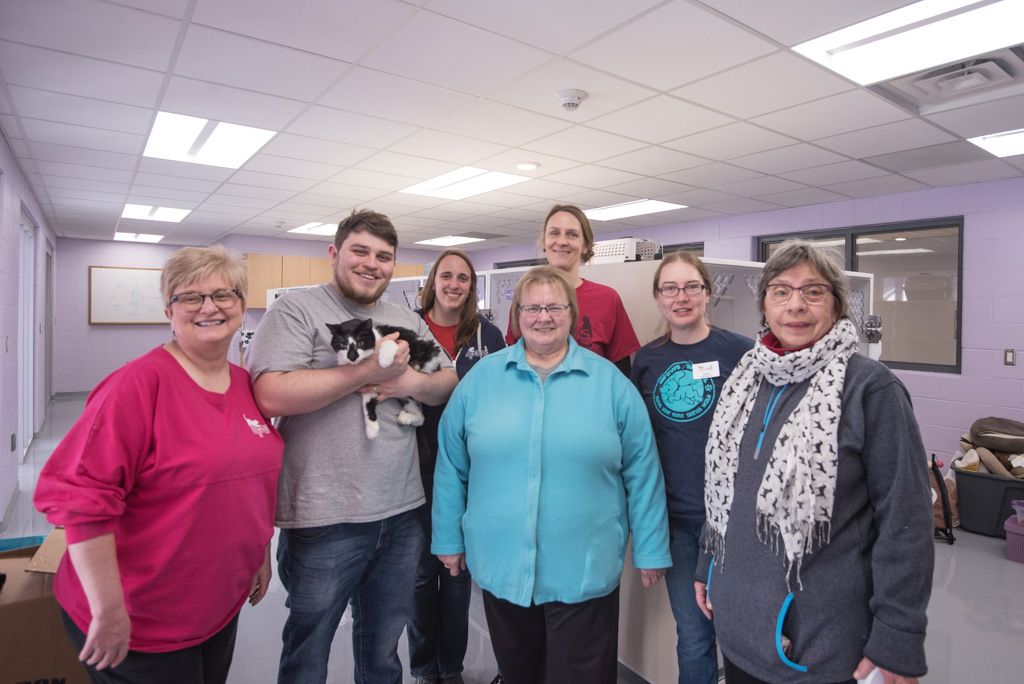 Walking through the new shelter, it’s clear that the building was designed to not only be larger, but also to incorporate a new way of thinking when it comes to animal welfare. While taking a tour with Capital Campaign Manager Kori Tossava, she mentioned the new facility offers “individual comforting environments for an animal based on their species and based on their personality.” Examples of these individual spaces include cat colonies, cat condos, “Real Life” rooms for dogs who stay long-term, and dog kennels based on size. All of these innovative decisions made during the building process will help UPAWS staff house pets in a place that is as comfortable as possible for the animals until they are adopted.

“Besides what we have going on right now with the new animal shelter and how we house animals, we are really looking forward to the future. We have the Community Education Center and hope to become kind of a hub of animal welfare in Marquette County. We want to get a bunch of dedicated animal lovers together and this is where we can do it, in our Community Room. Members of Marquette County have been so supportive of us for the last forty years, so we are really excited to be a better neighbor and provide more services. ” Kori Tossava, UPAWS Capital Campaign Manager

Usually open seven days a week, during this move the Upper Peninsula Animal Welfare Shelter had to close for two weeks. Part of the first week was bringing everything from the 40 years at their Negaunee facility over to the new building. Next week the staff will be hard at work putting everything in it’s new location and coming up with new protocols to keep the building clean and safe, as well as getting the animals familiar with the new location.

When will UPAWS be open?

During these two weeks the shelter will not be doing any pet adoptions, however they will still accept strays and surrenders, but you must call or email in advance and make an appointment. The shelter currently plans to reopen at the new location on Tuesday, January 29th. Follow the shelter on Facebook for continuous updates or visit the UPAWS website. 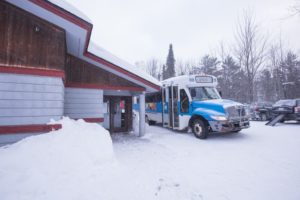 Moving day for the animals of the Upper Peninsula Animal Welfare Shelter. 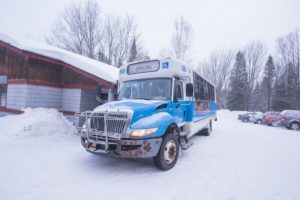 The Marq-Tran bus made it possible to take the kids all in one trip. 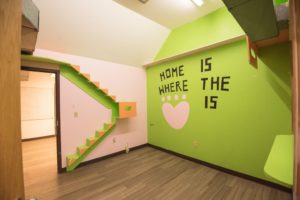 The old cat play room at the Negaunee location. 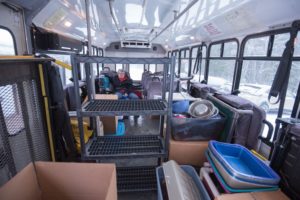 The bus was loaded with items from the shelter as well as all of the cats. 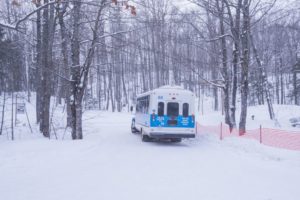 All the animals were loaded up and ready to go. 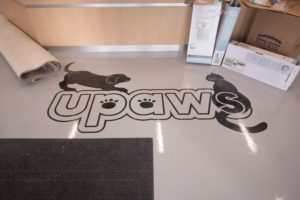 Make sure to stop by and check out the new UPAWS when it reopens at the end of this month. 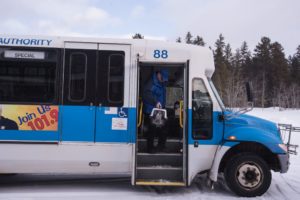 Marq-Tran was happy to help with the UPAWS animal move. 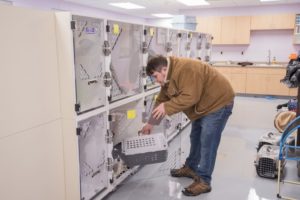 UPAWS Aninal Care Giver, DJ, moving one of the cats into a new condo. 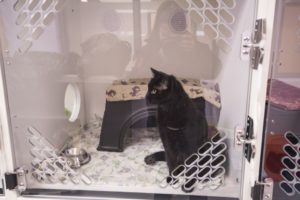 Stop in January 29th to adopt a kitty! 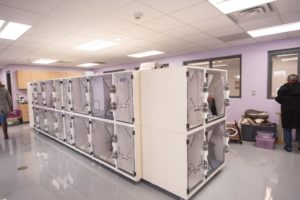 The new cat condo room. Each condo has a separate little box room. 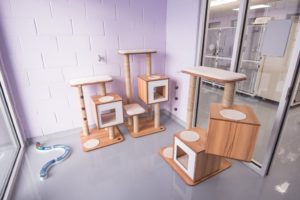 One of the play rooms for the cats with outs of cat towers and comfy places to nap! 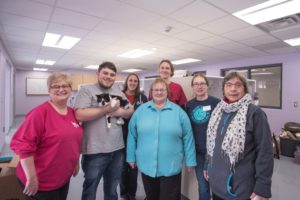 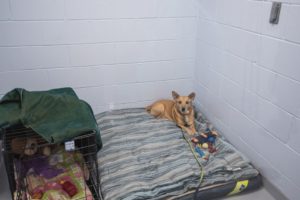 This long-term stay dog was a little nervous about the move. 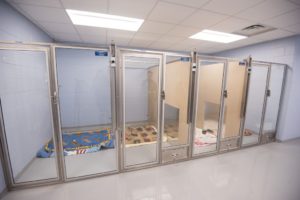 The big dog kennels are design with a gate between them so if staff needs to clean one, they can just shift the dog into the next pen without having to take them out of the cage. 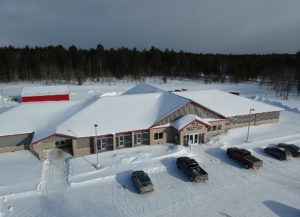